Signs of Oysters at St Mary's 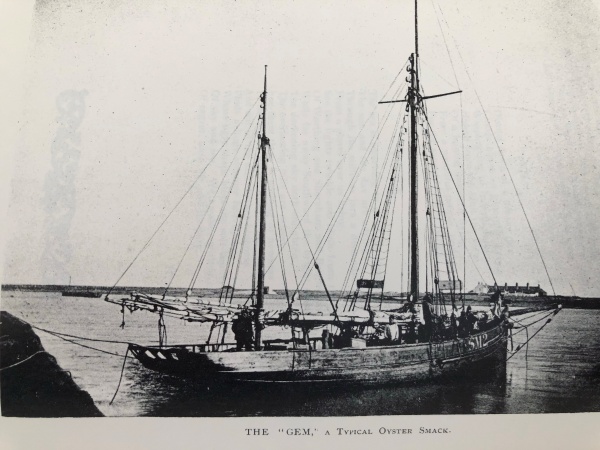 Signs of Oysters at St. Mary's 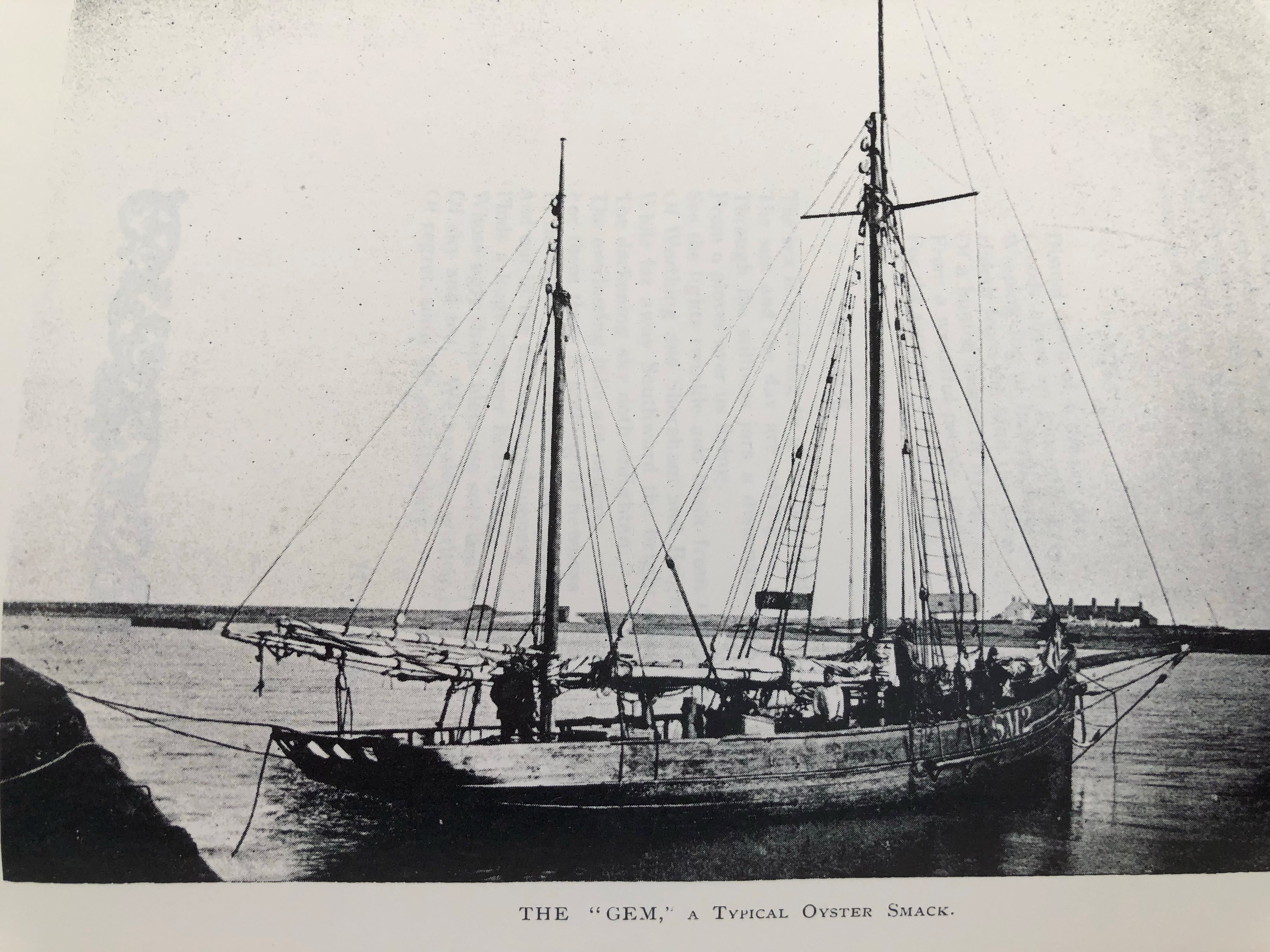 St. Mary de Haura church has stood proud over the town and its people for over 900 years. It has witnessed the changing economic fortunes over the ages, including the rise and fall of a large oyster industry. The surrounding graveyard, a much-loved space in the centre of town, contains signs from this important fishery.

One of the most intriguing piece of evidence was an oyster shell found amongst the walls of the ruined nave. If you stand at the main entrance and look west you'll see the remains in front of you. The oyster shell dates from the early Saxon/Norman period. It had been used by an artist and contained yellow ochre paint. Just like today when a teacher would use her lunch's yoghurt pot to mix up paint in the classroom, we could imagine this medieval painter eating his oysters for lunch and then using the empty shell to mix up the yellow to illustrate some biblical scene on a wall painting.

A few metres north-east from the main door you can see the gravestone of George and Eliza Griggs. Both had been born in Brightlingsea, Essex, and had come to Shoreham in the 1840s. The railway to London had just been opened and the oyster smacks could land their deep-sea oysters and send them quickly by train to the capital. Oysters were not a luxury food but were a part of the staple diet of the poor. The Essex smacksmen were specialists at dredging, and George Griggs was the master of an oyster smack. He soon branched out to become the town's leading oyster merchant. When the government ordered a Parliamentary Commission on UK fisheries, George was one of people to give evidence. He was also commodore of the Shoreham Regatta.

Unusual for Victorian times, when women's economic role was very much subservient to the man of the household, wives of fishermen ran their families' financial affairs, because the men were frequently absent. Eliza Griggs had a small shop called the Beehive Woolshop in North Street selling wool, fancy goods and textiles. Other wives were seamstresses or ran beer shops, pubs, grocery businesses. They contributed towards family income, essential when bad weather kept the fleet in harbour. When they had money in their pockets much of the fishermen's cash went directly into the local economy, including ribbons bought at Mrs Griggs' shop and given to a local sweet-hearts, or their wives and daughters.

Also in the church yard is the grave of James Hedgethorn. Another master mariner from Essex, he gave evidence to the Commissioners in 1864. He was quite direct and told them that the dredgers were fishing at night, contrary to regulations. He predicted that overfishing was having a detrimental affect...."there are not so many oysters as there were on some of the beds when we first went to them. But you cannot expect it to be otherwise, as there have been no small oysters to take the place of the large ones which have been removed." (J. Caird, Sea Fisheries Commission, 1863-65, House of Commons).

The saddest grave from an oyster fisherman's family is that of William(11) and Henry(9) Earthey. They were the middle sons of Samuel and Matilda Earthey both born in Little Clacton, Essex. They were also my great-great grandparents; the boys were my great-great uncles. They lived in St. Aubyn Street, Shoreham, and the boys went with a group of children to bathe in the river on a hot August day in 1878. Adults were first alerted to the tragedy when a man met some distressed children who were carry the poor lads clothing. They told him the Earthey boys were drowned and they were taking their clothes home to their mother. The younger Henry had slipped into a deep hole and his brother had tried to save him but he had also drowned. Four hundred people attend the funeral and their mother fainted at the graveside. Tragedy struck the family again in 1889 when Samuel was lost on the Emsworth oyster smack Thistle which was believed to have been run down by a steamer. William and Henry were my great great Uncles,

The descendants of the Griggs, Hedgethorns and Eartheys still live in the town.

St. Mary's churchyard is now a haven of peace and quiet, used by many for a chat, to drink coffee or watch the squirrels. Even if you don't attend the church services you can still become a Friend of St. Mary's and help maintain this very special place. Some people have adopted a grave and have sought to find out about the history of the person resting there and connect with a piece of Shoreham's past. 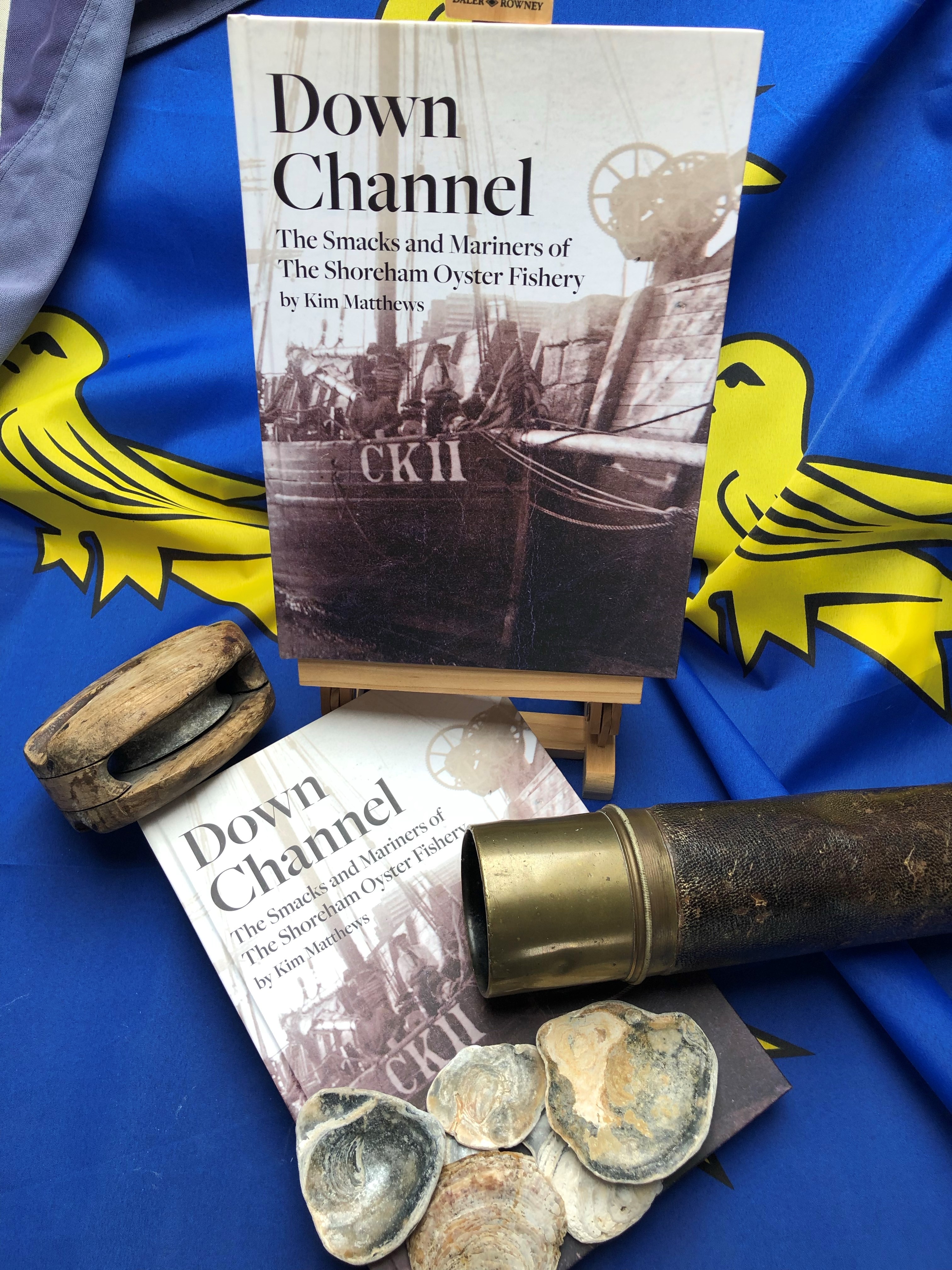